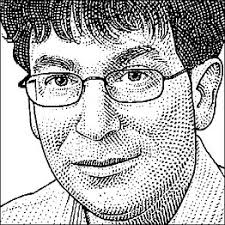 What I Learned About Life After Interviewing 80 Highly Successful People

«You interrupt too much,» people email me. «Let your guests finish talking.» But I can’t help it. I get curious. I want to know! Now!

Over the past year I interviewed about 80 guests for my podcast. My only criteria: I was fascinated by some aspect of each person.

I didn’t limit myself by saying «each one had to be an entrepreneur» or «had to be a success.»

I just wanted to talk to anyone who made me curious about their lives. I spoke to entrepreneurs, comedians, artists, producers, astronauts, writers, rappers, and even this country’s largest beer brewer.

Will I do it for the next year? Maybe. It’s hard.

Sometimes I would pursue a guest for six months with no reply and then they would call and say, «Can you do right now?» and I’d change all plans with kids, Claudia, business.

I had no favorites. They were all great. I interviewed Peter Thiel, Coolio, Mark Cuban,Arianna Huffington, Amanda Palmer, Tony Robbins, and many more. I’m really grateful they all wanted to talk to me.

Podcasting, to be honest, was just an excuse for me to call up whoever I wanted to call and ask them all sorts of personal questions about their lives. If I wanted to talk about «Star Wars,» I called the author of a dozen Star Wars novels.

As Coolio told me, «You got me to reveal some deep stuff I didn’t want to reveal. Kudos.» Tony Robbins had to literally shake himself at one point and say, «Wait, how did we end up talking about this?» I can’t help it. I want to know.

Here are the most important things I learned. I can’t specify which person I learned what from. It hurts my head when I think about it because many of the 80 said the exact same thing about how they ended up where they were.

Here is some of what they said:

A) A life is measured in decades.

Too many people want happiness, love, money, connections, everything yesterday. Me too. I call it «the disease.» I feel often I can paint over a certain emptiness inside if only…if only…I have X.

But a good life is like the flame of a bonfire. It builds slowly, and because it’s slow and warm it caresses the heart instead of destroys it.

B) A life is measured by what you did TODAY, even this moment.

This is the opposite of «A» but the same. You get success in decades by having success now.

That doesn’t mean money now. It means, «Are you doing your best today?»

Everyone worked at physical health, improving their friendships and connections with others, being creative, being grateful. Every day.

For those who didn’t, they quickly got sick, depressed, anxious, fearful. They had to change their lives. When they made that change, universally they all said to me, «that’s when it all started.»

C) Focus is not important, but Push is (reinvention).

Very few people have just one career. And for every career, it’s never straight up.

When you have focus, it’s like saying, «I’m just going to learn about only one thing forever.» But «the push» is the ability to get up every day, open up the shades, and push through all the things that make you want to go back to sleep.

Even if it means changing careers 10 times. Or changing your life completely. Just pushing forward to create a little more life inside yourself.

Compound life is much more powerful than compound interest.

D) Give without thinking of what you will receive.

I don’t think I spoke to a single person who believed in setting personal goals. But 100% of the people I spoke to wanted to solve a problem for the many.

It doesn’t matter how you give each day. It doesn’t even matter how much. But everyone wanted to give and eventually they were given back.

The outside world is a mirror of what you have on the inside. If Thomas Edison viewed his 999 attempts at creating a lightbulb a failure then he would’ve given up. His inside was curious. His inside viewed his «attempts» as experiments. Then he did #1000. Now we can see in the dark.

Tony Robbins lost everything when his marriage ended, but he came back by coaching thousands of people.

It’s how you view the life inside you that creates the life outside of you. Every day.

F) Art and success and love is about connecting all the dots.

Now you just gave birth to a legacy that will continue beyond you.

Nobody succeeded with a great idea.

Everyone succeeded because they built networks within networks of connections, friends, colleagues all striving towards their own personal goals, all trusting each other, and working together to help each other succeed.

This is what happens only over time. This is why giving creates a bigger world because you can never predict what will happen years later.

Biz Markie described to me how he helped a 7-year-old kid named Jay-Z with his lyrics.

Peter Thiel’s ex employees created tens of billions of dollars worth of companies.

Marcus Lemonis saves businesses every week on his show «The Profit.» It doesn’t come by fixing their accounting. It comes from fixing the relationships with the partners and the customers and the investors.

The best way to create a great business over time: Every day send one thank you letter to someone from your past. People (me) often say you can’t look back at the past. But this is the one way you can. You create the future by thanking the past.

H) You can’t predict the outcome, you can only do your best.

Hugh Howey thought he would write novels that only his family would read. So he wrote ten of them. Then he wrote «Wool,» which he self-published and has sold millions of copies and Ridley Scott is making the movie.

Clayton Anderson applied to be an astronaut for 15 years in a row and was rejected each time until the 16th.

Coolio wrote lyrics down every day for 17 years before having a hit. Noah Kagan was fired from Facebook and Mint without making a dime before starting his own business.Wayne Dyer quit his secure job as a tenured professor, put a bunch of his books in car and drove across the country selling them in every bookstore. Now he’s sold over 100,000,000 books.

Sometimes when I have conversations with these people they want to jump right to the successful parts but I stop them. I want to know the low points. The points where they had to start doing their best. What got them to that point.

I) The same philosophy of life should work for an emperor and a slave.

Ryan Holiday told me that both Marcus Aurelius, an emperor, and Epictetus, a slave, both subscribed to the idea of stoicism. You can’t predict pleasure or pain. You can only strive for knowledge and giving and fairness and health each day.

Many people write me it’s easy for so-and-so to say that now that he’s rich. Every single person I spoke to started off in a gutter or worse. (Well, most of them.)

Luck is certainly a component, but in chess there’s a saying (and this applies to anything) «it’s funny how always the best players seem to be lucky.»

J) The only correct path is the path correct for you.

Scott Adams tried about 20 different careers before he settled on drawing Dilbert. Now, he’s in 2000 papers, has written Dilbert books, Dilbert shows, Dilbert everything. Everyone was shocked when Judy Joo gave up a Wall St. career to go back to cooking school. Now she’s on the Food Channel as an «iron chef.»

Don’t let other people choose your careers. Don’t get locked in other people’s prisons they’ve set up just for you. Personal freedom starts from the inside but ultimately turns you into a giant, freeing you from the chains the little people spent years tying around you.

Often people think that you have to fight your way to the top. But for everyone I spoke to it was small kindnesses over a long period of time that built the ladder to success. I think I’m starting to sound like a cliche on this. But it’s only a cliche because it’s true.

Kamal Ravikant picked himself off a suicidal bottom by constantly repeating «I love you» to himself. Charlie Hoehn cured his anxiety by using every moment he could to play.

Something knifed our ability to smile. Do everything you can to laugh, to create laughter for others, and then what can possibly be bad about today? I think that’s why I try to interview so many comedians are comedy writers. They make me laugh. It’s totally selfish.

Mark Cuban said, «My passion was to get rich!» But I don’t really believe him. He loved computers so he created a software company. Then he wanted to watch Ohio basketball in Pittsburgh so he created Broadcast.com. I worked with Broadcast.com a little bit back in 1997. They were crusaders about bringing video to the Internet.

Sure, he wanted to use that to get rich. Because he knew better than anyone then how to let a good idea lead him to success.

But deep down he was a little kid who wanted to watch his favorite basketball. And now what does he do? He owns a basketball team.

N) Anybody, at any age

The ages of the people I spoke to ranged from 20 to 75. Each is still participating every day in the worldwide conversation. I asked Dick Yuengling from Yuengling beer why he even bothered to talk to me. He’s 75 and runs the biggest American-owned brewery worth about $2 billion. He laughed and said, «Well, you asked me.»

I just realized this list can go on for another 100 items.

The specifics of success. How to overcome hardships. How any one person can move society forward.

Down to even what are the most productive hours of the day, what’s the one word most important for success, and what we can look forward to over the next century and maybe 100 other things.

Then I learned many things about myself.

Most of the people I asked to come on my podcast said, «NO!» I told Claudia the other day I haven’t been rejected this much since freshman year of high school. I had to re-learn how to deal with so much rejection.

I’ve always been a big reader but never as much as this year. I read everything by all the guests.

Some weeks I felt like I was spending 10 hours a day preparing for podcasts. I learned to interview, to listen, to prepare, to pursue, to entertain, to educate.

Podcasting seems like it’s becoming an industry, or a business idea, or something worth looking at by entrepreneurs or investors. I have no clue about that.

For me, podcasting this year was just about calling anyone I wanted to call and talking to them. I felt like a little boy interviewing his heroes.

I highly recommend finding ways to call people for almost no reason. I learned a huge amount.

But it was hard.

It’s one of those things where I can say, «I don’t know if I can ever do that again.» But I also know I’m probably going to say the same thing next year.

This entry was posted on Τετάρτη 21 Ιανουαρίου 2015 at 9:00 πμ and tagged with Έρευνα, Φιλοσοφία, Philosophy and posted in Έρευνα, Ζωή. You can follow any responses to this entry through the RSS 2.0 feed.
« Είσαι λουλούδι
Ένωσε τα σημεία…. »

Dreams from a Pilgrimage

Now we see through a glass, darkly

Grace of the Sun
Love13Reading

FOR READERS AND ASPIRING WRITERS

K at the Movies
Hands on Bowie & Jimi

You know, it's cool for cats.